CASA is the only volunteer organization that empowers everyday citizens as appointed members of the court in an overburdened social welfare system, abused and neglected children often slip through the cracks among hundreds of current cares. CASA volunteer advocates in McCurtain, Choctaw and Pushmataha Counties change that.

Appointed by judges, CASA volunteer advocates typically handle just one case at a time-and commit to staying on that case until the child is placed in a safe, permanent home. While others may come and go, CASA volunteers provide that one constant that children need in order to thrive. Are you read to stand up for a child who needs you?

“A man never stands as tall as when he stoops down to help a child.”  Abraham Lincoln

CASA is an acronym for Court Appointed Special Advocate.  CASA volunteers are ordinary people who care about kids.  CASA volunteers come from all walks of life.  Many work full time while others are students and some are retired.  Most CASA volunteers work on one case at a time.  No legal expertise is required.

What does a CASA volunteer do?

After completing training, CASA volunteers are assigned to an abuse or neglect case by a judge.  They conduct thorough research on the background of the case by reviewing documents and interviewing everyone involved-including the child.  They make reports to the court, recommending what they believe is the best for the child, providing the judge with information that will help him in making an informed decision.

CASA volunteers can be instrumental in assuring that a child or family receives services, which the court has ordered-things like substance abuse counseling or special education testing.

During the life of a case, a CASA volunteer monitors the child’s situation to make sure he or she remains safe.  CASA volunteers may be the only constant the child knows as he or she moves through the labyrinth of the child welfare system. 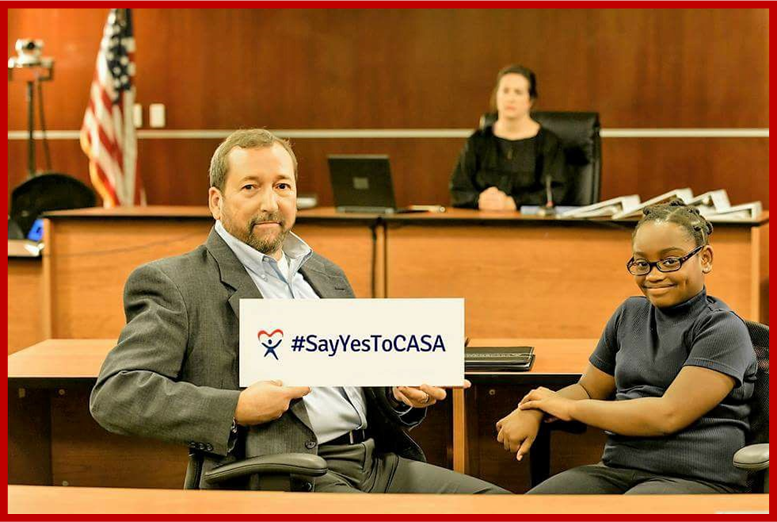 “You go into a courtroom and you will see lawyers who know the law and have dozens of kids’ files, or you have social workers who know the regulations and have dozens of kids’ files.  But if a  CASA volunteer is in the room, you will see they have just one file, and what they know is that one child.  And that can make all the difference to a judge’s decision regarding how the rest of that child’s life is going to go.”

Adrian was 8 and Ben was 6 years old when they were taken into custody.  Their biological mother had abandoned the boys and they had bounced around from family member to family member for six months before they were placed in a foster home.  The caseworker knew from reports that the boys had an older brother, Alex, age 10, but according to relatives, he lived with his grandmother and no one knew where he was.  The foster family told the caseworker that if Alex was ever taken into custody, they would be willing to take him.

Adrian and Ben were assigned a CASA worker and it was this woman who set out to find their brother.  The CASA volunteer talked to relatives and traveled across the state looking for information.  She found out things about their biological family that their caseworker just didn’t have the time and resources to do.  She gave the case the one-on-one attention that all cases deserve.

Several months later, the boys’ grandmother hit hard times and contacted the CASA volunteer.  The three brothers were reunited and eventually adopted by the foster family.  Alex, Adrian and Ben’s new mom was so impressed she became a CASA volunteer. 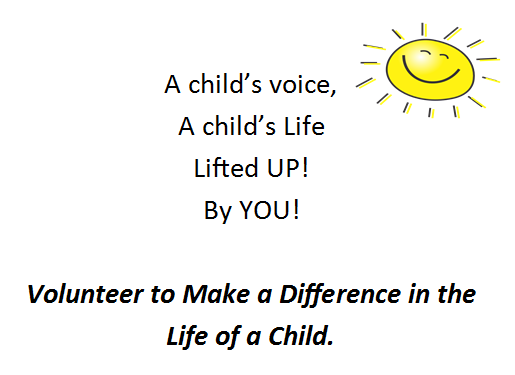 Our vision is that EVERY child who needs a CASA volunteer will have one. With YOUR help, we CAN achieve that goal.

The Need for Volunteers

Our local CASA program offers a volunteer opportunity like no other. As appointed officers of the court, CASA volunteers are empowered to make a lifelong difference in the lives of abused and neglected children.

Local CASA volunteers advocate for over 100 children per year but approximately 250 are still waiting for advocacy. Our volunteers are an amazing force for good, but we need more of them.

As a CASA volunteer, you will be able to work with confidence. All of our advocate volunteers are thoroughly trained in courtroom procedure, social services, the juvenile justice system, high conflict domestic relations cases, and the special needs of abused and neglected children.

We welcome volunteers from all cultures, ethnic and educational backgrounds. We have a particular need for men, minorities and senior citizens.

Become a CASA volunteer and be rewarded with powerful and fulfilling experiences. For additional information contact the CASA office at (580) 298-2921. 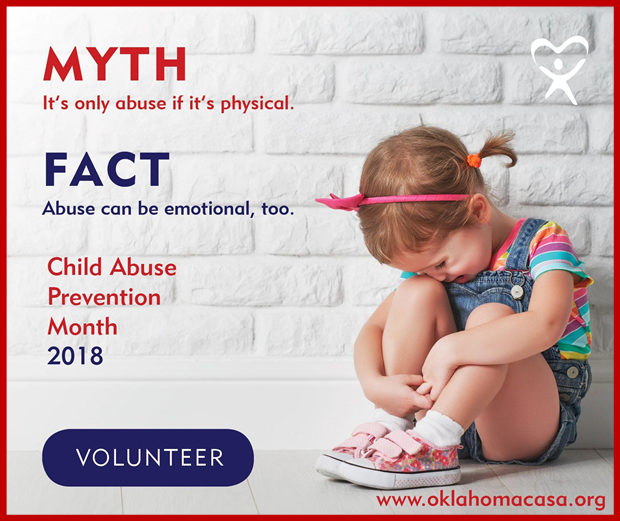 Make a Donation to Make a Difference

Help change the life of an abused and neglected child. LIFT CAA CASA program is under the umbrella of LIFT Community Action Agency, Inc., which is a 501 © (3) organization. The CASA program is supported by grants, donations, and state and federal funding. Contributions to LIFT CAA CASA support CASA volunteer advocates in their efforts to guide abused children through the overburdened legal system to safe, permanent homes where they can thrive. Your tax deductible gift can help turn a life of hurt into one of hope.

Thank you for considering LIFT CAA CASA for your charitable donation. Your generosity makes a tremendous difference in the lives of children in our community.

If you are a member of a business, church or professional group and would allow us to attend your next meeting or place an ad in your newsletter, call (580) 298-2921, or click here and email us your name, address and telephone number.

“It’s about helping a child replace a life of hurt with one of hope.”

Thank You for Your Support 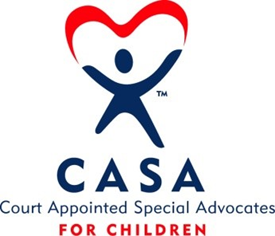 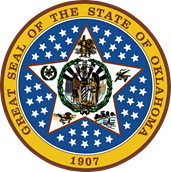 Emily’s Dragon tells the emotional story of a young girl removed from her home and placed in foster care, and how her CASA volunteer made a difference during this critical point in her life.

The Administrative Receptionist/Accounting Clerk attends to visitors and deals with inquiries on the phone and face to face. He/She supplies information regarding the Agency to the general public, clients, and customers; and provides clerical support for the administration staff. Also provides support and performs routine tasks for the Accounting Department.Duties and Responsibilities include but are not limited to the following;Greet persons entering the officeAnswer telephone, screen and direct calls. Take and relay messages.Provide information to callers. Handle inquiries from the public and customers.Direct person to correct destination.Sign for and log packages received for LIFT and employees. Ensure deliveries go to the correct person/department.Prepare claim for payment forms from invoices. Audit travel expense statements and payment voucher forms for accuracy.Process invoices and travel expense statements as paid.Qualifications include;Knowledge of computers and relevant software applications including MS Office and Internet.Knowledge of administrative and clerical procedures; customer principles and practices.Please go the LIFT CAA website for a complete job description with listed duties, responsibilities and preferred qualifications.Apply online at www.liftca.org/careers.LIFT Community Action Agency, Inc. is an Equal Opportunity Employer and Provider. M/F/Disabled/Veteran and all other protected categories.Job Type: Full-timeSalary: $25,296.39 per yearBenefits:Dental insuranceHealth insuranceLife insurancePaid time offRetirement planVision insuranceSchedule:8 hour shiftWork Location: One location ... See MoreSee Less
View on Facebook
· Share

The Housing Weatherization Carpenter Helper assists the Carpenter with all Weatherization and home repair activities in the Housing Program.Duties and Responsibilities include but are not limited to the following;Assist the Carpenter and complete all work on houses.Ensure all materials are charged to each job properly when applicable. Keep all necessary paperwork current and completed properly.Must possess adequate physical health and strength that will include heavy lifting, stooping, bending, climbing ladders, working off scaffolds and roofs. Must be willing to work in attics and under floors of houses.Must abide by all rules and regulations set by LIFT CAA, as stated in the Personnel Policies and Procedures. And follow all weatherization program safety rules.Follow all Department of Energy and DHS regulations when installing Weatherization materials.Must attend all required meetings and trainings as required and requested.Keep proper maintenance and operation of all equipment.Perform other duties as may be assigned and in a timely manner.Reports to the Weatherization Program Manager.Please go the LIFT CAA website for a complete job description with listed duties, responsibilities and preferred qualifications.Apply online at www.liftca.org/careers.LIFT Community Action Agency, Inc. is an Equal Opportunity Employer and Provider. M/F/Disabled/Veteran and all other protected categories.Job Type: Full-timeSalary: $24,095.76 per yearBenefits:Dental insuranceHealth insuranceLife insurancePaid time offRetirement planVision insuranceSchedule: 10 hour shift ... See MoreSee Less
View on Facebook
· Share

This position is Full-Time, Monday - Friday, 8:00 a.m. - 4:30 p.m. The Youth Build Case Manager is responsible for working with participants to ascertain needs and to ensure the participants are enrolled in supportive services to address barriers. This person will develop career development, professional goals and job coaching strategies for participants.Duties and responsibilities include building and maintaining working relations with community organizations, city, state, and county; evaluating each participant's need for assistance with supportive services (employment barriers, transportation, substances abuse, mental health issues, child care, financial aid, etc.); referring participants to the appropriate services; developing an Individual Development Plan (IDP) for each participant; providing follow-up services to ensure participants are on target with goals identified in their IDP; coordinating with Program Director, GED Teacher, Construction/Safety Instructor and Job Developer in the development of job coaching focused on motivation and career approaches to development; collecting and inputting data (MIS system) as required by the grant; monthly, quarterly, and/or annually; and coordinating, referring and following-up to ensure participants have access to needed services.A complete job description and application can be found on Little Dixie’s website at www.littledixie.org. You must submit an application through Little Dixie’s website. Little Dixie Community Action Agency, Inc. is an equal opportunity employer and provider. ... See MoreSee Less
View on Facebook
· Share

We will be stopping the shoe event today at noon. Thank you all for coming out! ... See MoreSee Less
View on Facebook
· Share

We still have a ton of flip flops left. Today will be the last day. Come out until 1. ... See MoreSee Less

Our offices will be closing today at noon due to inclement weather. We will reopen at 8:00 on Tuesday 27th. ... See MoreSee Less
View on Facebook
· Share

The Drug Free Communities Project Coordinator assists the Program Director the Choctaw County Drug Free Community Program in coordinating events, activities and community/county partnerships; initialing correspondence and reports; and is responsible for media realtions. Duties and Responsibiliites include but are not limited to; Assist in implementing the program. Coordinate community interaction, represent the program at meetings, workshops and community activities. Establish, plan and organize appropriate youth events. Work closely with schools, local authorities, health professionals and parents. Promote the young people's interests and well-being. Please go the LIFT CAA website for a complete job description with listed duties, responsibilities and preferred qualifications. Apply online at www.liftca.org/careers. Applications must be submitted online to be considered for this position.LIFT Community Action Agency, Inc. is an Equal Opportunity Employer and Provider. M/F/Disabled/Veteran and all other protected categories. ... See MoreSee Less
View on Facebook
· Share