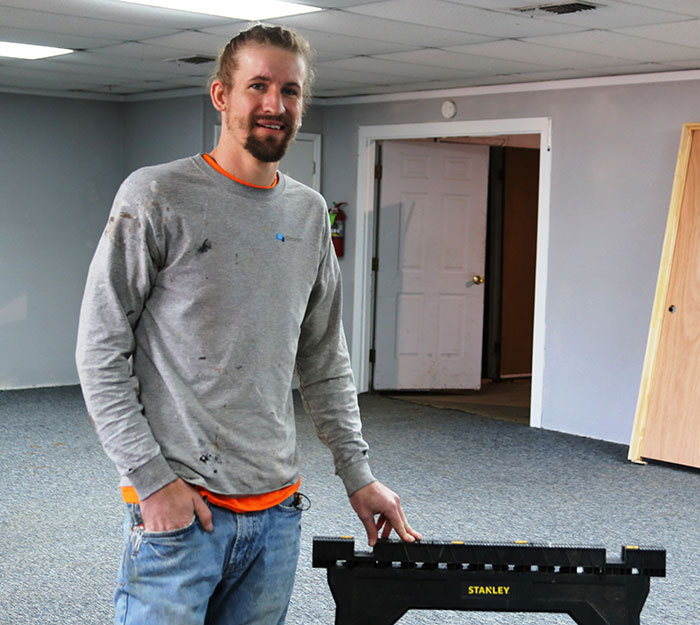 It was more than a decade ago when Matt Johnson first learned of the YouthBuild Program. He was still a teenager–a high school dropout who, by his own accord, was headed down the wrong path. Living off and on with an older cousin at the time, Matt stated: “I would be on the couch and watching my cousin interact with his family, his wife and kid, and I would start thinking yeah…that’s what I want in my life. I was headed nowhere, I was trying to be a gangster, wearing baggy clothes, talking like I was tough, partying, drinking, and just no purpose really but I knew I wanted more out of life, I just didn’t have that foundation, you know (pause)………, to know what to do.”
Matt’s cousin told him about a program called YouthBuild and he drove Matt to LIFT Community Action Agency’s office where he first met Mrs. Katherine Covington, the GED teacher at the time. Matt attributes much of his success to the late Ms. Covington stating “She had a heart of gold…she listened to my backstory and she was willing to give me a chance to see if I was for real or not.” Matt enrolled in the program and began setting goals; small ones at first and each time he achieved one, he would immediately set another.

“Ms. Covington taught me the importance of having goals; she would say “think of something you want to accomplish, something attainable and stay focused…don’t quit until you reach that goal”. And so he did…his first goal…as one can probably guess…. was to get a car. “I was making a little money (living stipend) with YouthBuild and I started saving it and I bought a car; then I got my diploma and I just kept going from there; every time I would achieve a goal, I would set another and before long, I went from one-year goals to five and ten year goals”. 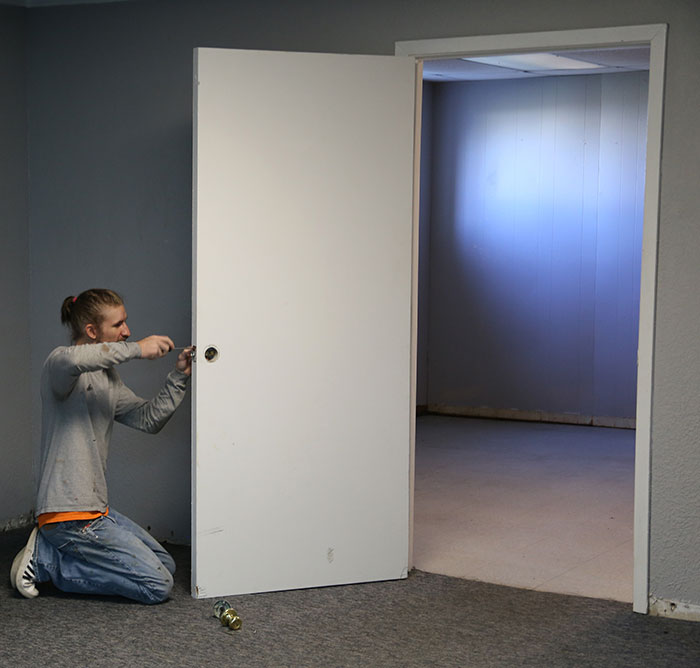 The YouthBuild program provided Matt with the foundation, a starting place and resources where he could gain basic skills. And the dedicated and caring staff gave him encouragement and support along his journey. “I gained valuable life skills going through the YouthBuild program. It was much more than just the classroom and learning about construction; that was a big part of it, but more than that, I learned about life”. While in the program, Matt had opportunities to job-shadow and do some work in weatherization where he was able to put his training to the test and continue to increase his skillset. He was making contacts and quite an impression in the construction industry and landed a job in Durant, Oklahoma where he spent several years building custom cabinetry. He continued to set goals, long-term goals which included getting married and becoming a homeowner, both of which he has achieved.

And as though fate had stepped in, Matt’s fatherin-law was a construction contractor. Matt decided to join the family business which brought him back home to Hugo, Oklahoma where his construction journey first began. Recently, upon his Father-in-law retiring, Matt and his wife, Ali, decided to take over the business and today, they co-own the “Matt Johnson Construction” company. Three months ago, they welcomed their first child, a daughter, Amelia, into this world, Matt’s proudest accomplishment to date.

Matt’s story is one of courage, determination, accomplishment and inspiration. Although Matt was certainly faced with many obstacles and challenges throughout much of his childhood, he had the support and encouragement from his cousin who provided him with a sense of stability and connectedness and who also introduced him to the YouthBuild program. The YouthBuild program was fortunate to have passionate and caring staff that believed in the young people they served. The staff and program provided Matt and other students with skills and opportunities to achieve their goals and Matt is certainly a testament to that.